What’s happening with Jessy Princess Bernini is surely something totally new to me…something i didn’t even think it could have been possible. The way She rapes my wallet is, more or less, the same as other did in the past (from her videochat, that is)…but there is more with Her.

Most probably the first “special” thing about Her is, easily, the fact that she’s italian and actually lives in Florence…the same city i work in. That has to do a HUGE part on making me feel this all as something totally new…more intense.

But it’s not just that. And, obviously, it’s not just her beauty. It’s the fact that she’s smart, funny and…doesn’t play any kind of part. She’s herself all the time…and this is more than enough for me to feel the NEED to spoil her as much as i can.

And that’s what happened tonight. She took 700$ from me in about 30 minutes. She was gorgeous (and funny too), dressed in a short tight dress and black pantyhose… and now.. i’m just looking forward for the next time that she will allow me to see Her..doesn’t happen that often…because.. she’s not playing a part, she’s doing this when she feels like doing it. 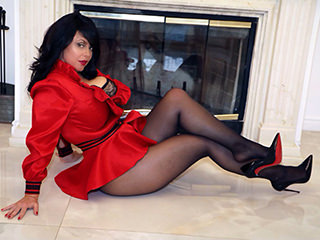 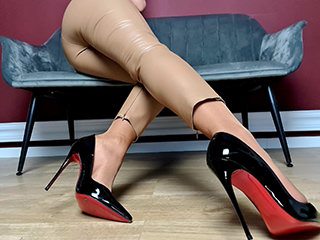