Looks like something inside myself is changing, lately. I really thought financial domination would have been the deeper i could have fall regarding my fetishes, but recently i’ve started to be more and more fascinated by BlackMailing.

Blackmail is an act, often a crime, involving unjustified threats to make a gain or cause loss to another unless a demand is met [Wikipedia]

A few weeks ago i bought a Clips4Sale video from Lady Suzanne, but didn’t exactly do what she ordered in the video…most probably because it didn’t get too much into my brain (although she’s amazing, but that video probably wasn’t her best). I bought it and waited for something to happen. Of course nothing did, probably because she doesn’t get customer’s data when they buy their clips (or because it’s all just a game). But i was excited by that, i really was excited by the idea of a gorgeous and mean woman like her being able to track me down… scared and excited at the same time.

After that, i’ve started to play with the idea, started to give “hints” to the Goddesses i’ve visited online and, so far, always ended up either giving fake details (or partially fake), or just totally explode before giving them (when the Goddess was really, really good, as in some cases).

To be honest, a couple of years ago i had a (bad) experience about blackmail, but as soon as it started (and i didn’t want that to happen that time!) i blocked the involved Goddess in any possible ways and, after a while, i got out of it….but i really didn’t like it at that time, not at all! Even OneGreatDiva once started a bit of it…but being wise as She is, She stopped as soon as She saw my reaction.

So what now? Wasn’t I a moneyslave? What’s this blackmailing thing all about? Why should I be THAT excited to give someone else the ability to totally screw my life? And then…there is this Teamviewer thing… but i will tell you about it another day… it’s late, I’m in office, and I’m supposed to be going home now… 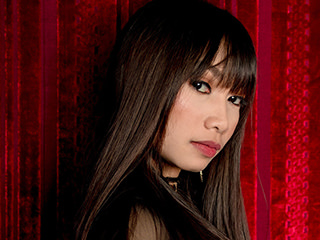